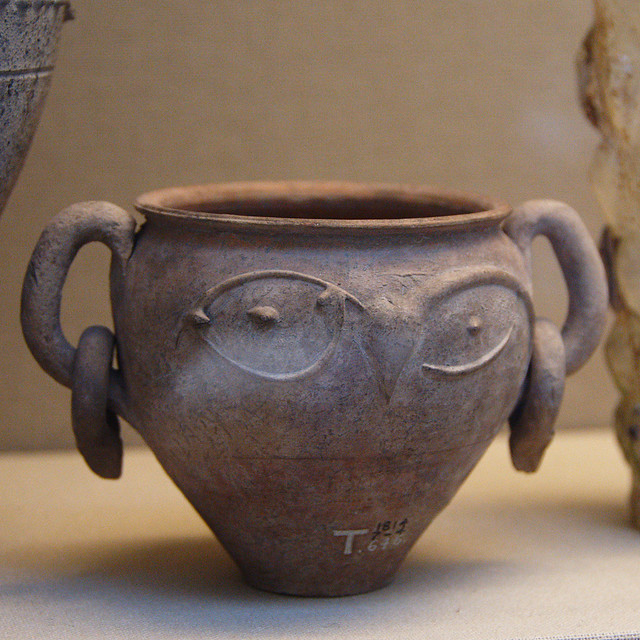 Monkey Planet was a three part series presented by George McGavin about primates – monkeys, apes and lemurs. The first episode in was primarily a survey of just how wide-ranging and varied a group the primates are. The other two looked at aspects of primate behaviour that we tend to think of as particularly human, and showed both how it’s actually primate-wide and more varied than our narrow perspective suggests. The second episode concentrated on social interactions – like social hierarchies, family arrangements, maintaining friendships. And the third episode was focussed on intelligence and learning. That had the most startling piece of footage – a chimpanzee who lives in Iowa in a research institute who was shown going on a picnic with one of the scientists and making a campfire and toasting marshmallows on it. It shouldn’t be startling – I know chimpanzees are intelligent and very closely related to humans (we could be considered a third chimpanzee species). But somehow making a fire to toast marshmallows on was more human-ish than I was expecting.

This was a fun series to watch, even if I haven’t written much – its strength was in the footage of all the different primates being primates (which is hard to write about but good to watch).

Another series we finished watching this week was Pagans and Pilgrims: Britain’s Holiest Places. This covered a lot of the same sort of territory as the recent Neil Oliver series, Sacred Wonders of Britain (post) but where the Oliver series organised things chronologically this one organised them thematically. The six half-hour episodes covered things like “Water” or “Caves” and so on. It was based on someone’s book, but not presented by the author. I’m not sure I was all that keen on the actual presenter – Ifor ap Glyn – whose schtick seemed to be that at the start of the episode he tried to come across as completely without knowledge on the subject, then by the end of the half hour he’d “learnt why these places are so important”. And it wasn’t quite believable either at the start or the end. One thing he was very good at, however, was telling the associated stories for places with the right sense of awareness of the ridiculous nature of them!

A bit shallow, but actually did rather well as a contrasting sort of programme to watch after something more weighty (like The First World War).

Other TV watched this week:

Episode 8 of The First World War – a 10 part series covering the whole of the war.

Episodes 1 and 2 of Ian Hislop’s Olden Days – a series about the British fascination with an idealised past.

Episode 1 of How to Get Ahead – series about court life during a three different historical periods.

Episode 1 of Precision: The Measure of All Things – series about measurement and the history of measurement.

In the In Our Time episode that we listened to on Sunday Jessica Frazier (University of Kent and University of Oxford), Chakravarthi Ram-Prasad (Lancaster University) and Gavin Flood (University of Oxford) discussed the ideas about the creation of the universe that are present in the Hindu religion. One thing that they brought up fairly early in the programme is that there isn’t An Answer that everyone must believe. In the earlier texts that survive there’s a pervading sense that this is a mystery and the writers are speculating about the possible answers. Frazier quoted a hymn that asks the question what was before the creation happened, which says that maybe the god in the highest heaven knows, but maybe he does not.

In the Hindu stories about creation the world/universe is not created ex nihilo, nor is it necessarily a one off event. Flood talked about the ideas about recurrence – which include metaphors like the cycle is god breathing out (emanating the universe) and in, or god waking and sleeping. There are two sorts of stories – in one sort the divine emmanates the world from it’s own divine self, and in another sort the world is created from an egg of the stuff that was there previously. These can be quite complex – for instance one has the divine being producing from himself another being with whom he has children. These children then go on to create the world from themselves – this reminded me of Egyptian cosmology, and they also talked in the programme about similarities with the Gnostic tradition of the demiurge who is created by the divine being then creates the material world. The other sort of story with the creation from pre-existing material gives rise an idea of the divine as craftsman or architect.

These early texts are generally not much concerned with how the world is made or created – there are these stories but much more space is devoted to how society is and should be organised, and rituals and so on. As I said in the first paragraph they told us that the mystery of it was part of the point for the early thinkers. But one thing these stories were useful for in the context of the rest of the texts was setting out that the nature and hierarchies of society were divinely ordained in the original creation. For instance one of the stories has the different castes being made from different parts of the divine being’s body – like the warriors from his strong arms, and so on. So the castes of society are all the necessary parts of the body of society.

I think they said these early texts were from around 3000 years ago, and obviously over time the Hindu thinking about creation has changed. Around 2000 years ago they said that Hindu scholars began to approach the idea from a more philosophical direction. Rather than being happy with a central mystery and speculation they began to think about how it might’ve worked and why the divine would create the world anyway. I think this is where one of the experts told us that one of the ideas for why the divine created the world is that it was to incarnate in the world and enjoy all the pleasures it had to offer. Which is an interesting counterpoint to Christianity where the incarnation of God as Jesus is fundamentally about the suffering of the world.

Later yet, around 1000 years ago, the stories about creation began to take on a more theological cast – the stories began to be about named gods, and more specific in detail. This is where Brahman, Vishnu and Shiva come in as the actors in the creation stories. However there is still (and still remains) no sense that there is One True Answer to how the world was created. Ram-Prasad told us that different families have different traditions for which gods and stories they give prominence to. There is also no sense that the stories are literal truth, so there’s not any conflict between Hindu religious belief and modern physics – the creation stories were always metaphors and speculation.

One other thing Bragg brought up (but Flood shot down quite quickly) was that some of these metaphorical stories can be perceived as matching up quite well with modern scientific ideas about the beginning of the universe. But as Flood said, it’s important not to get carried away with oneself about a coincidence.

(I found this rather hard to write up for some reason, hopefully I haven’t mangled it too much in trying to make it coherent!)