Back in October of last year J and I spent a few days in Turin – I’ve not been very efficient with processing my photos and so I’m only getting around to writing about it now. The primary reason for our visit was to see the Egyptian Museum in Turin, but we left enough time to see other things as well. I’ve put up an album of my photos on flickr, and some highlights in this post. 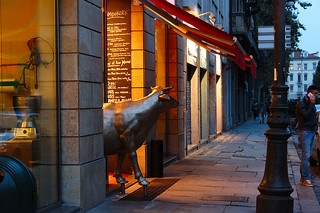 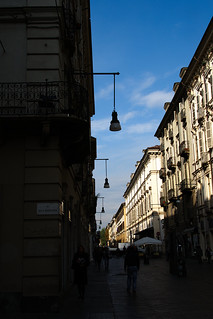 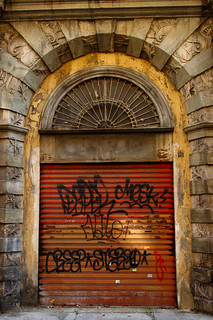 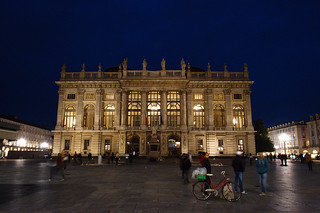 The basic plan for our holiday was to arrive on Sunday (12th Oct), and have a look around Turin that evening and the next day. Most of the public buildings are shut on Mondays (which we knew in advance) and so this time was mostly spent wandering about the centre of the city getting a feel for the place and seeing what there was to see. The central parts of Turin are fairly uniform in height – there was an information plaque we saw while wandering about that explained that an 18th Century ruler of the city had decreed that each street should have a facade of a particular style and height. This means that the skyline seen from the top of the few taller buildings isn’t as interesting as it might be in another town. The facades and doorways are more interesting from street level, tho. J took quite a lot of pictures of the doorways and I think when we go back in a few years (it’s inevitable, see below) I’ll do that too, it would make a nice set (I did take a few this time). There is also a photo project there of graffiti and street art. 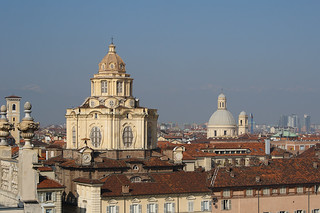 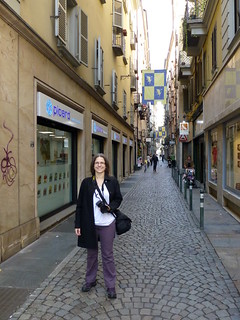 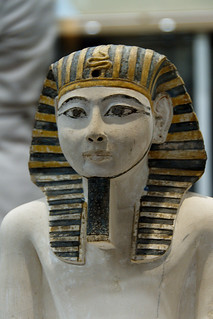 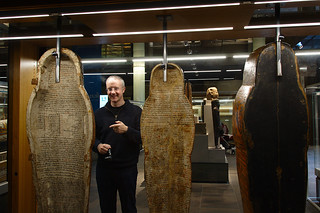 We then spent two days looking at the things in the Egyptian Museum (Museo Egizio). It’s being refurbished and re-arranged at the moment (again we knew this in advance), so it currently has about two-thirds of its objects on display in about a third of the space. It’ll re-open properly in 2015, so I’m pretty sure we’ll be going back in a few years time to see what they’ve done to it. I’m going to write another post about the museum when I’ve processed more of the pictures from it, I’ve only included a representative selection in this album, so I’ll only say a few words here. Because all of the stuff is crammed into a relatively small space it felt a little overwhelming at times. The rooms that were in their intended space were much better – this included the room with all the tomb goods of Kha and Merit, and also the sculpture gallery. The sculpture gallery was the most striking part of the museum, it makes clever use of lighting and mirrors combined with dramatic dark red walls and I think it enhances the impact of the statues. There are also many Sekhmet statues, which was pleasing 🙂 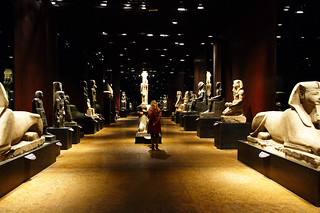 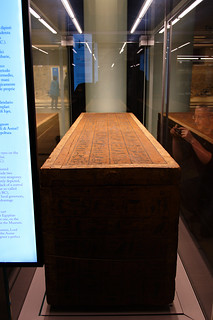 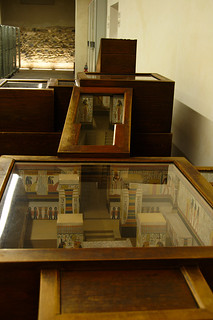 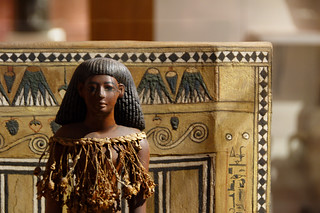 The fourth day, our last full day in Turin, we visited some of the other touristy buildings that we’d seen the outsides of on our first day. I’d particularly wanted to see the Palazzo Madama, which has art and other objects from the whole history of Turin – and some really spectacular interiors. It also had a rather nice & peaceful garden, where we saw several sparrows and lizards basking in the sunshine. Again I’ll write another post about that when I’ve processed more of the pictures. We also visited the Cathedral, and saw the box where they keep the shroud (tho I was more taken with the copy of da Vinci’s Last Supper, myself). We’d been in another church (associated with the Dominicans) on Monday – the interiors are an odd blend of plain and ornate. The overall space in both felt clean and open and dominated by the white-washed walls. But along the side walls there were several places to pray to particular saints and those, the side chapels and around the high altar were very ornately decorated (which somehow didn’t affect that first impression of plainness). 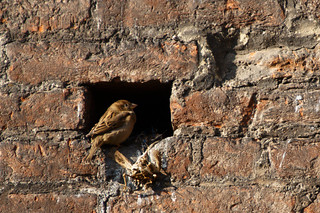 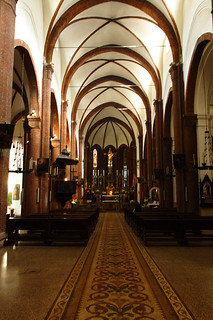 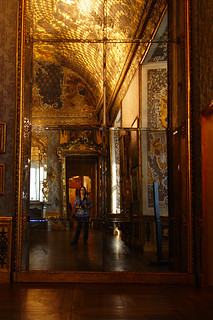 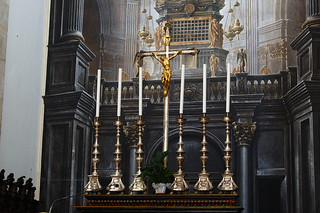 Of course Italy is also well known for food and wine, and we did eat nice food 🙂 We kept our lunches pretty light, and then in the evening we generally had a glass of wine in a cafe/bar followed by dinner somewhere. Despite most places only having Italian menus (requiring much looking up of words in my phrase book) we almost always managed to get something we liked. Only one disaster – but I suspect even if I’d known more Italian I still wouldn’t’ve known I wouldn’t like that particular cheese sauce (and sadly I don’t remember what the cheese was to avoid in future as I didn’t see the menu again after eating!). And of course much ice cream was eaten! 🙂 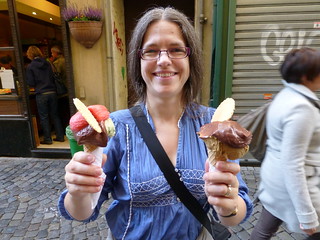 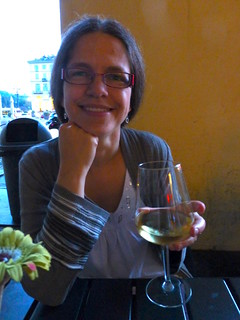 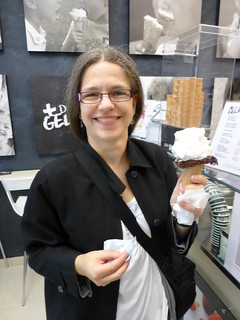 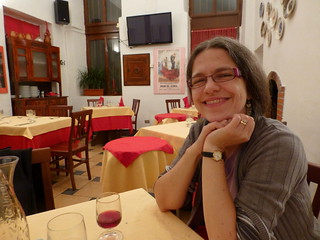 It was a good holiday, nice city and we saw lots of cool stuff 🙂 Do go & look at the rest of the pictures! 🙂