J got interested in geocaching, coz some of his work colleagues are into it. So while we were up north for the bank holiday weekend we went to find some caches. 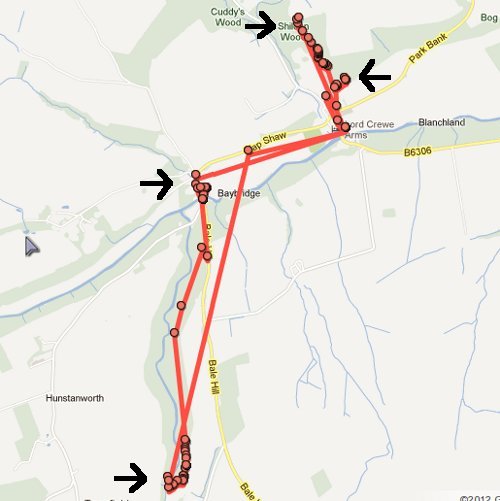 We picked up two caches on our first trip out – “Stonehinge” & “Snow White”, both of which are in Shildon Woods to the north of Blanchland. After lunch we then headed out for another two, “Baybridge Beans” & “Faerie Glen”, which are to the southwest of Blanchland. It was threatening rain, so I didn’t take my camera – just well, because it started to rain when we were about a quarter of the way round the walk and we ended up completely and utterly soaked! Well, all of us except for Noah who had his own little roof (on the carry thingy). 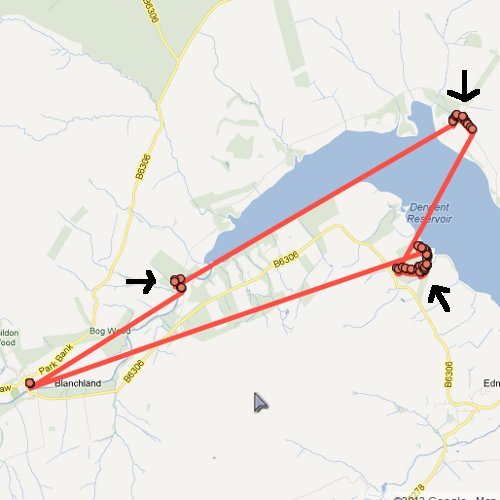 The weather the next day was also pretty miserable, so we drove to 4 round the edges of Derwent Reservoir – “Sheep Rabbits & Water”, “Tree-mendous”, “Cache Hill Stream” and “Sheila’s Tree Cache” (the latter two being in the same rough area). Obviously we drove round, rather than through, the reservoir despite what Google Latitude seems to think we did. 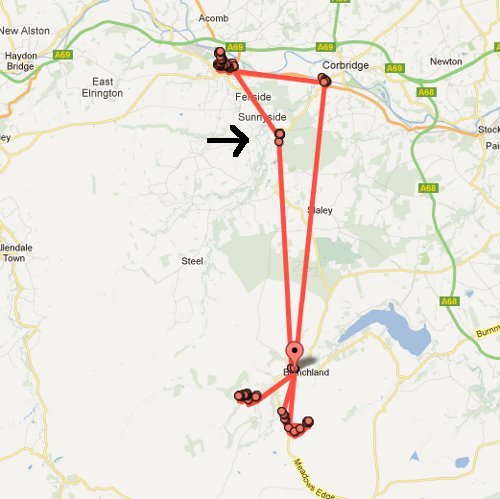 Jo, Chris & Noah went home the next day, but J and I did another batch of caches once they’d gone. First we headed to Hexham, picking up “The Hollybush – Jacobite Rising” on the way. 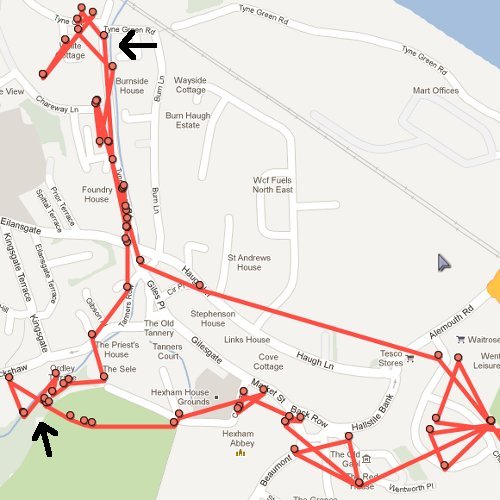 And in Hexham itself we found “The Sele” and “Hexham House of Correction”. The latter was in the remnants of a Victorian House of Correction – there’s just one bit of the building left, rather incongrously tucked into a housing estate next to a bus garage.

After we’d got back to Blanchland and had some lunch we headed off on a couple more walks: 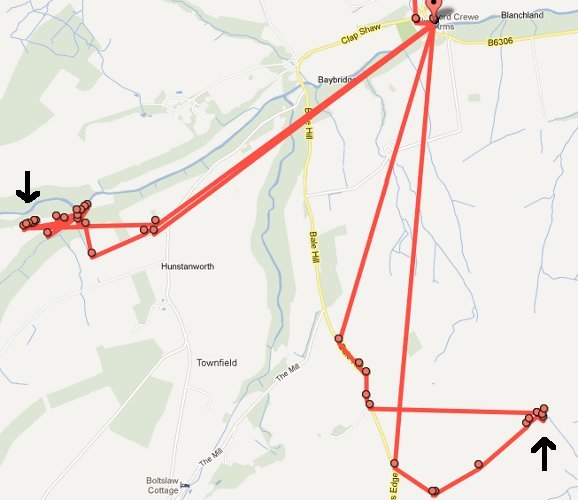 The theme for the afternoon appeared to be derelict buildings, first we went up on the moors to Belmount Farm for “Murder Most Foul”. And then we walked down a steep valley from Hunstanworth and back up the other side to Gibraltar for “Gibraltar (Co. Durham)”. We’ll have to go back there sometime, as we discovered subsequently that J’s Dad has a copy of a photo from when that cottage was inhabited, and that would be a nice thing to leave in the cache for people to see.