The reason we went to see J’s sister and family on the weekend that we did was because Maxïmo Park were playing at the Manchester Academy on the Saturday evening (15th March). J & I had spent the day in Manchester at the museum (post) and we had a brisk dinner in a restuarant in the China Town area before meeting Jo and Chris outside the venue at pretty much spot on doors time. I’m sure I’ve seen someone play at the Academy before but it seems it was long enough ago that the outside of the building had changed and I didn’t really remember the inside either! 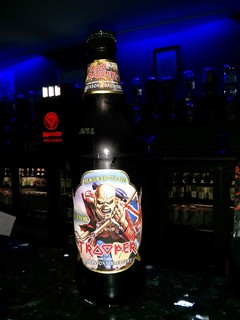 Out of deference to the fact that Jo was 6 months pregnant we hung around in the bar area where we could sit down until the support act started – and obviously the rest of us sampled some of their beers over the course of the evening. They had rather a good selection of things I’d not tried before – including the Iron Maiden beer (had to be tried) and some by a local brewery (Brightside), all pretty good. 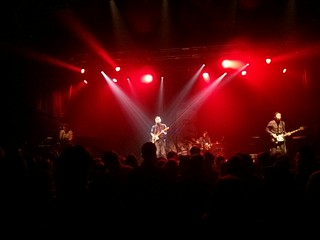 The support act were Teleman, who I’d never heard of (or heard) before. I remember liking them at the time – quite rocky and appropriate as the opener for a Maxïmo Park set. But I must confess as I’m writing this nearly 3 weeks later I don’t actually remember them that well. J bought the CD from the merch desk at the end of the gig so clearly he liked them too. I should listen to it some time 🙂 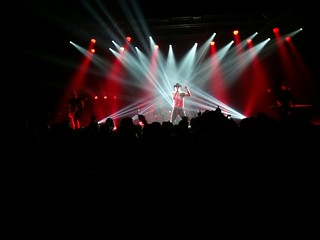 And then on to the main event! Maxïmo Park were fantastic, as usual. There’s a real energy to their sets, and even though we were further back than we often are (about halfway, I think) there was still a really good atmosphere and the people around us were clearly really into it. And by the end of the set people were jumping up and down all around and even behind us. Obviously there were quite a few songs from the most recent album, but after that I think the next most represented album was their first one. That’s still my favourite, and my go to album when I think I want to listen to some Maxïmo Park, so that was pretty good for me 🙂

After the gig was over we bought some beer at the merch desk – they had a Maxïmo Park No. 5 beer brewed to be sold after the gigs. We picked up a bottle each, J and I drank ours on the Sunday evening when we got home to finish off the weekend 🙂 Rather nice, quite citrus-y and flavourful. (If I wanted to be pretentious about it I suppose I could say: Fresh & energetic, like the band …)