On Wednesday there was a tube strike but we had tickets to see Blackfield play in Camden so we went in anyway. We changed our plans for the rest of the day a little because I didn't want to buy timed entry tickets to an exhibition when we weren't quite sure how the journey would work out. In the end it all worked out OK - I had an app on my phone (Citymapper) that gave us bus routes and times to & from Cockfosters (where we parked) and showed us where to walk while we were in Central London. We got lunch at the Northumberland Arms near Euston station, which was very tasty (and I had a rather nice pint of Bateman's Chocolate Biscuit Beer). Then off to the British Museum for the afternoon - we didn't have a plan there, we just wandered through a few galleries looking at the things that caught our eye. 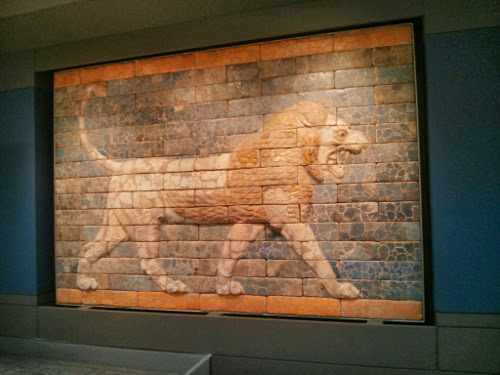 Including a Babylonian lion - I'd forgotten they had one on loan at the moment. No camera with me just my phone, which I'm trying to use the camera on more when it's all I've got there. I've put an album of photos up on G+ here.

We met up with our usual gig going companions (Paul and Ady) around half five and had dinner in a pizza place in near the venue called Chicco's - enormous portions of rather tasty food. The starters were a mistake, given the size of the pizzas - my fault, I was too tempted by the prawn cocktail so I persuaded everyone to join me in having a starter. Besides, the prices were quite cheap so I didn't think the portions would be large. 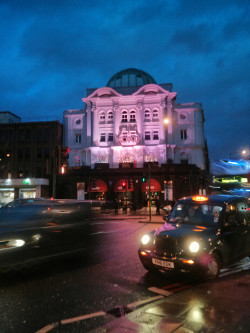 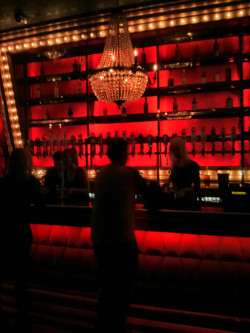 And then onwards to Koko. Not somewhere I'd been before - I think Paul had seen Marillion play there, but it was a gig J & I hadn't gone to. Outside quite plain (although rather pink) but it was quite an eye catching venue inside - lit in red with ornate decoration. And a fairly varied selection at the bar too (I had Theakston's Lightfoot, which I hadn't seen before). 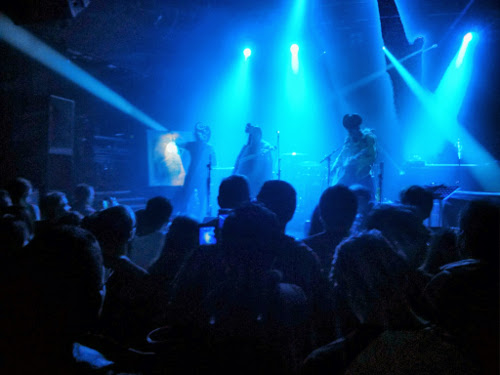 The first support act were an Australian band called The Red Paintings. They said they were playing stripped down versions of their songs - just two musicians and one artist on stage, rather than a full band and more artists. They were unique, that's the only way to describe them - and it was very much a performance rather than just some music, if that makes sense. The two musicians were a singer/guitarist and an electric violin player, I'm not quite sure how to describe their music except that it was energetic. Oh, and they opened with a bit of audio from Donnie Darko and did a cover of Tears for Fears "Mad World" later on so that gives some of the ambience. Part way through the first song an artist came on stage dressed in black with lights making patterns (an "alien") and painted a painting on stage while the musicians played. I'm not sure I particularly need or want to see the band again, but it was a fun start to the gig. 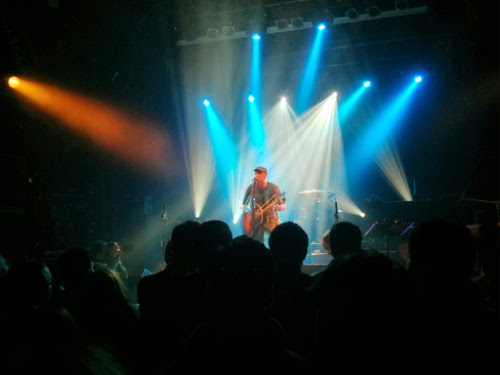 The second support act was Dave McPherson who was billed as being "from InMe" - to which my only reaction was "who?". It was a one man & his guitar show, and although when it started I was a little dubious once he settled into the performance he was rather good.

After his set as is traditional the tallest man in the venue decided to stand directly in front of me. I was a little startled as I thought I already had someone fairly tall in front of me! But the one that showed up just before Blackfield was significantly taller - and significantly taller than J, too. Oh well, I still managed to see a bit, then later the way things moved around meant he was off to one side so that was a lot better. Talking of the audience I also discovered that while I don't mind people taking photos of the bands (I do it too, after all) I find audience shots, panoramas/photospheres including the audience and people resting their arms on my head to steady the camera all deeply deeply tedious! Particularly the last. 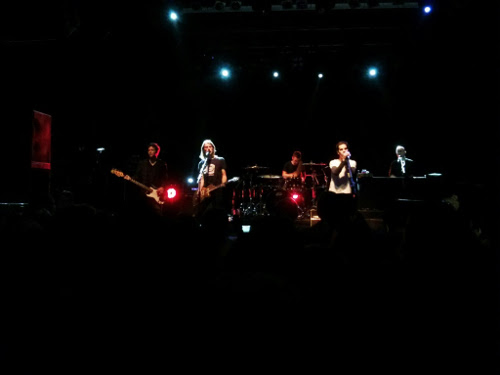 Blackfield are a project that is a collaboration between Steven Wilson (of Porcupine Tree) and Aviv Geffen (an Israeli rockstar), with a band of Israeli musicians. Originally Wilson & Geffen were co-leaders of the band, but Wilson's been stepping back recently due to other bits of his career taking up more time - after this European tour he's not going to be part of the band at all. Their music is towards the poppy end of the rock spectrum and while I wouldn't call it happier than other Steven Wilson related stuff it sounds more upbeat and cheerful (and then you listen to the words ... ;) ). I think my favourite of the albums is the first one - and this gig included a lot of tracks off that album so that was cool :) Here's someone else's video of one of the tracks off that album, played in Philadelphia a couple of years ago: